A Virgo from the year of the Earth Rooster, Ramilita “Millet” Fajardo Galeos, who hails from Pasay City, grew up in the busy streets of Paco, Manila. Millet came from a family of doctors, nurses, artists, musicians, accountants and engineers. She was inspired by the tenacity of her late uncle, Zosimo Fajardo Sr. a prolific deaf-mute painter who trained under Fernando Amorsolo. Her first cousin, “Queen of Radio Advertising” Ompong Remigio, elevated to the Hall of Fame of the Philippines Creative Guild, is another inspiration.

Interesting artist! I feel that she is someone you should know.  She is one prolific artist who is active in Manila’s art scene. Shout out to my high school buddy Wam Molina who introduced me to her.  Thank you Wam! (Watch out for a future blog post on Wam’s photography)

Hope you enjoy this post and her art the same way as I did!

Tell me about yourself as a Freelance Visual Artist and your type of art.

As a self-taught visual artist for more than 25 years; I must say, I haven’t encountered any design task that was too hard to execute, at the same time be able to freely express my style (a feat for most graphic designers and increasingly hard to put into practice due to different client needs and demands).

Not claiming that I’m special or freakishly good at what I do, but I believe that my creativity stems from the way I see things, I was born with epilepsy and bipolar disorder and was left undiagnosed until I was 30. My art possibly falls under so many categories except traditional.

Taken from my art profile – Her love for basic shapes and bright colors, keen eye for detail and future trends, good sense of balance and form and her preciseness of pen and pencil drove her beyond typical expressions, and forms. Her design-sense is contemporary, mostly abstract depictions of life; intricate, comic, pop and psychedelic. Her subjects normally involve love of family and children, biological and natural patterns, hidden messages and puzzles, sex, epilepsy and extreme moods. Her works are done meticulously and intricately, but all in a whim, with no defined plans or studies. Her play of shapes, textures and colors usually deceive the viewer’s eyes. She lets the viewer define and interpret her work the way they want to see it. Millet’s favorite medium is ink. She also uses acrylic, watercolor, colored pencil, graphite, charcoal, oil pastel, markers, crayons and mixed media. She is adept in both conventional and digital media.

And as an Owner at Apoplexie Art Bar

Apoplexie is French for seizure. Art Bar doesn’t relate exactly to an edifice like a bar or restaurant but more to a shop (in this case, and as of the moment, a virtual shop). I did put up a physical shop in Kapitolyo, Pasig for a multiply.com account; sadly, it didn’t pull through since they closed down. It’s the future of Apoplexie that I am currently planning on. We target to bring Apoplexie back focusing on the arts and music scene, after we build the studio in Tagaytay…the place to build already exists, and my remaining Apoplexie stocks are kept in the bodega. These stocks include mostly of my artworks, preloved clothing and handcrafted fashion accessories, other artists’ paintings, and art collectibles. We’re on planning stage and will start setting up a temporary showroom first and bit by bit build from there. Hoping to open by end 2015 if permitting won’t be cumbersome.

You mentioned you’re SOELAG. What is this?

Soelag is the reverse of my surname Galeos. I use this as my pseudonym for certain art activities that involve live and interactive art, moving art or videography. It’s not my alter ego, it just so happens that when I signed my name before, it reads both as Galeos and Soelag, almost like an ambigram.

Besides you, who are the other featured Apoplexie Art Bar artist?

One of Apoplexie Art Bar’s concepts will be, aside from artists being able to show their works, to accommodate and feature select artists as its resident/stay-in artist for two weeks each month, without repeating the same artist, giving more exposure to new and upcoming artists. That’s all I can say for now since everything is in conceptual stage.

What type of art do you feature at Apoplexie Art Bar?

Any and all types of art (there’s art in trash, but there is also “trash art”- which I am not keen on promoting)

That price would apply on the fashion part of Apoplexie.

Artworks wise, I believe I’m relatively cheap (not being humble about it nor too happy to say it). Currently, my cheapest artwork would be P500.00 and the most expensive is P120K (which can also mean I don’t plan to sell it, at the moment, or they jacked up my price – hehe). I would like to work on a price per sq. in. list, but when you’re enjoying what you do, it’s really hard to put a price on it. As of now, I keep it low so that more people will have access to my art. 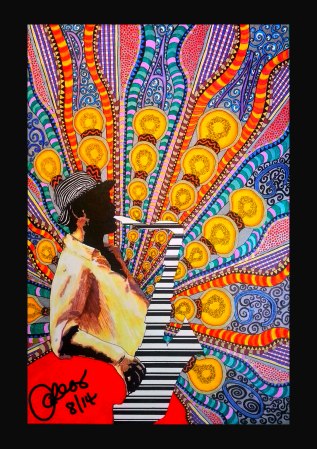 Finally done doodling! “Panggo -lat!” (A Jack Versus the Crab Series) 10″x15″, Ink and Letraset on Berkeley board by Artist Millet Galeos Sacerdoti 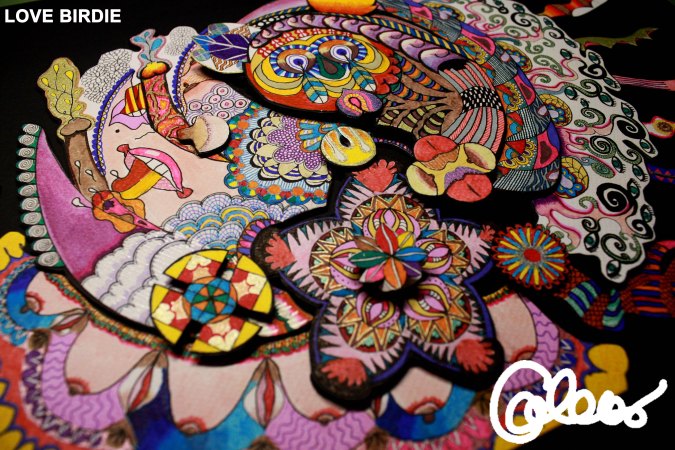 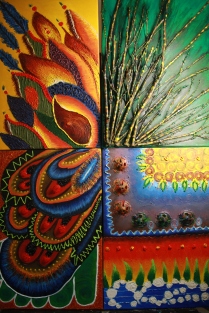 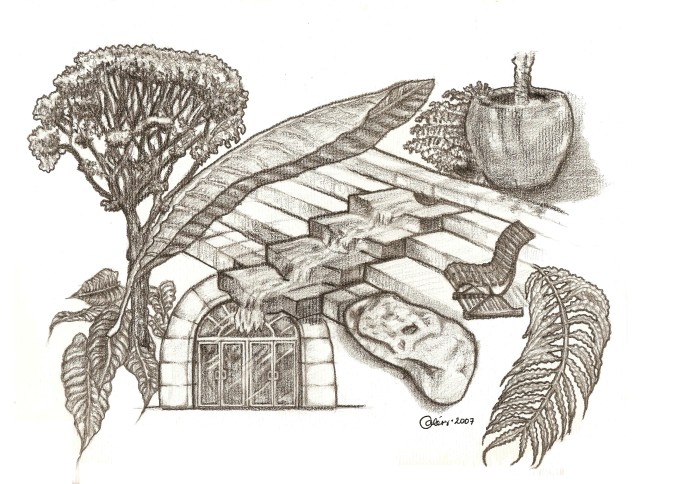 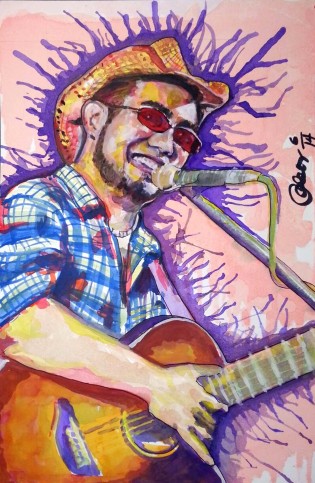 Two down, 6 more to go -Wackxo! 10″×15″ Aquarelle and Ink on Berkeley board by Artist Millet Galeos Sacerdoti 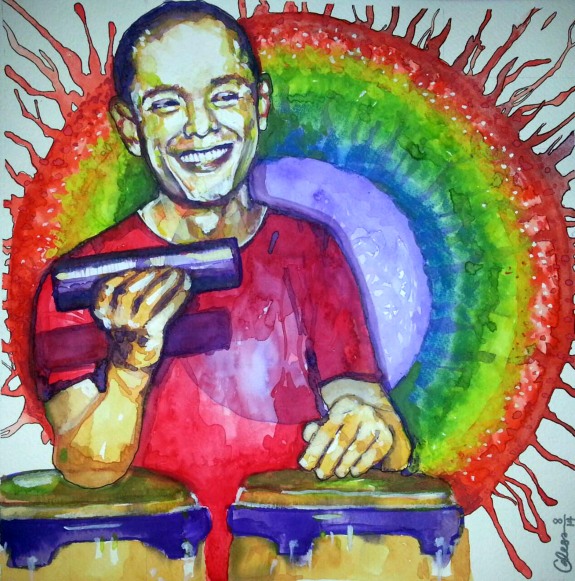 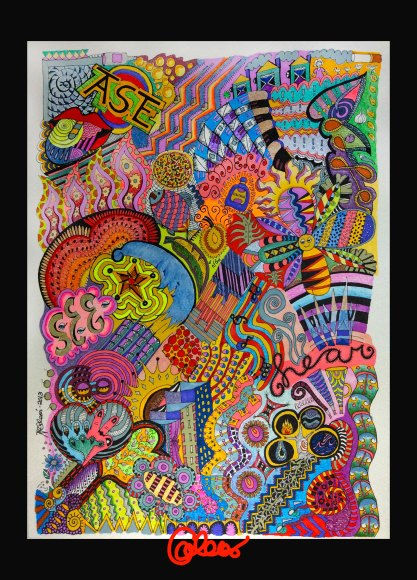 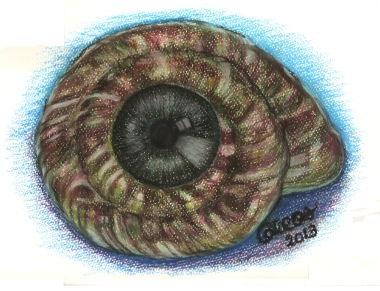 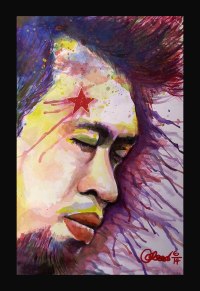 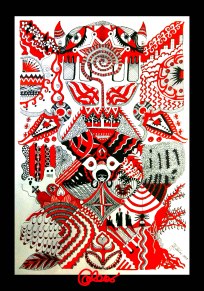 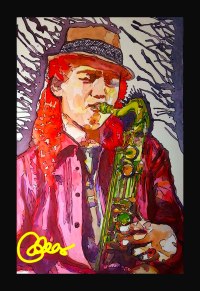 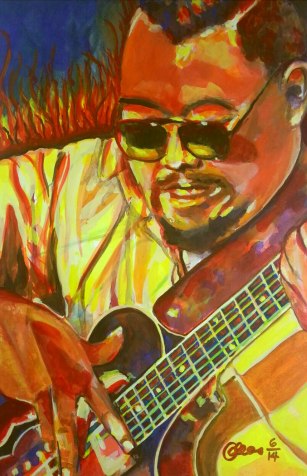 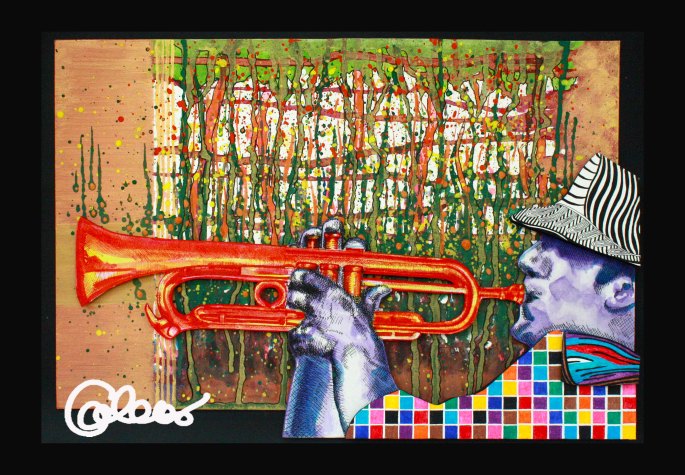 Give me an update on your Art Events?

I’ve been very active lately as Director and founding member of the United Women Artists Association of the Philippines (UWAAP) which is geared towards promoting the female artists, to pursue impeccable craftsmanship, and serve as inspiration to other women artists, both locally and internationally. (Motto eh, I have to write that down, YKWIM) Our organization was founded just this year and only yet has been actively participating ever since its launch and first group exhibit last October in Dos Pueblos Gallery entitled “DiskARTe“.

Also, we are participating at the 1st SBMA Women’s Summit entitled “Ang Bagong Pinay” in Subic Bay Exhibition and Convention Center. We will also hold interactive or live art, on the spot sketching and art demonstration activities this 26-27 November.

Future of your art?

I am at present involving myself more into arts and music-infused fund-raising projects and benefit shows, either as co-organizer or sponsor/patron.  Next year’s activities are already lined-up. Though, I may have to take a backseat midway 2015 to pursue building my own artist haven in Tagaytay.

For bookings, you can call Millet Galeos Sacerdoti at 0917-8410350.  You can also email her at apoplexieartbar@yahoo.com. And, don’t forget to mention my name, Jennifer Bichara (My Email: jennifer.bichara@gmail.com) of www.jennysserendipity.com (I get a little commission on all art sales…) She is on Facebook as well!!! All images are courtesy of Millet Galeos Sacerdoti unless otherwise noted.