There’s no denying it, surreal art dolls can have a macabre side. However, dolls of today represent mystical perfection but also a lifeless beauty which is why dolls have such wonderful representation in the surrealistic art world–they tend to taunt that perfect balance between desire and repulsion.

Iya Consorio dolls are full of surrealism and mysticism which gives viewers a glimpse of the artist’s bizarre doll’s dream world. Her collection of surreal images on round canvasses that look like glass windows overlooking that strange parallel world which is a characteristic of Iya’s art that evokes swirls of magic, spells and potions.

For her eighth solo exhibition at ArtistSpace at the Ayala Museum, Iya Consorio presented Psychic Chasms—a collection of paintings that mostly portrayed a child-woman with an octopus body called Eiko.

In Eiko’s exquisite detailing of half a dozen-eyed doll with tentacles for limbs will give viewers the chance to catch the art subject staring at blank space introspecting or day-dreaming in her glorious octopus-human hybrid form. She maybe then the alter-ego of the artist, keen on everything with her multiple eyes yet alienated from the rest of the world.

Art lovers recall seeing the mystical Eiko for the first time in this year’s Art Fair Philippines where Consorio’s 40 pieces of sculpture were displayed at the booth of Secret Fresh. Collectors tried to get their hands on the limited edition designer toy called “Evening Dress,” sadly many were not able to. This also happened at Consorio’s most recent art exhibit where her masterpieces were again sold out.

Iya Consorio earned her degree in Fine Arts from the University of Santo Tomas in Manila. She has joined in various group exhibitions and has mounted several solo exhibitions with established art galleries in the metro such as West Gallery, Secret Fresh, VoV and Art Underground. She has also exhibited at the Cultural Center of the Philippines and the BenCab Museum. 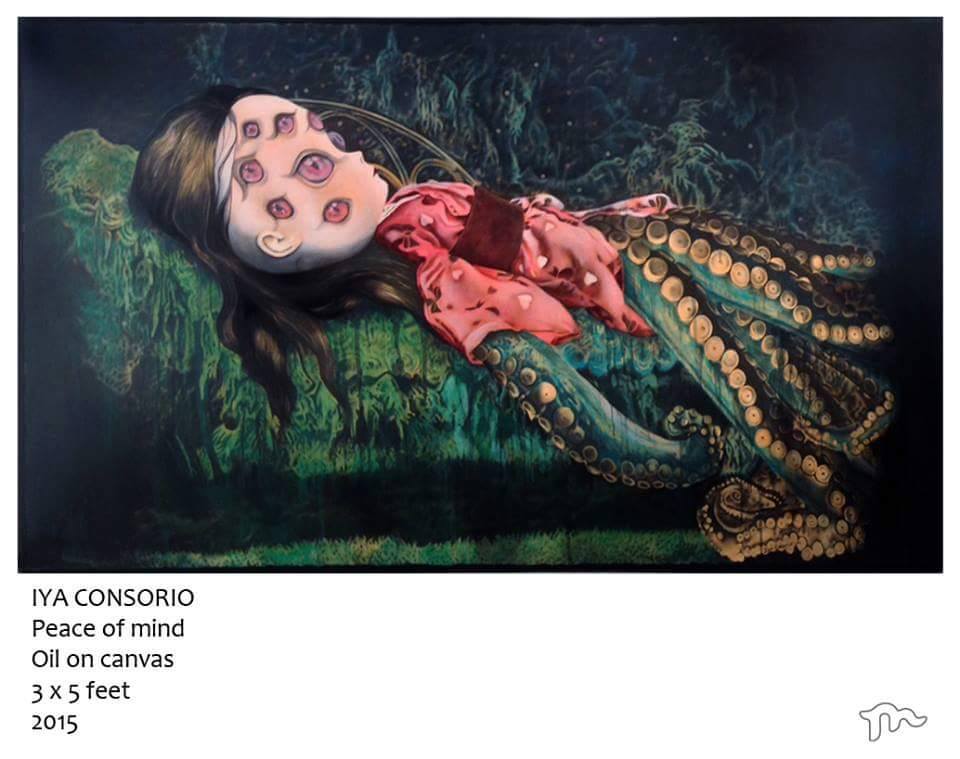 All images used with permission.